Treatment of Cocaine Addiction at The Holistic Sanctuary

Holistic care for cocaine addicts helps align their mind, body and spirit so that the whole being works in harmony. Most times, the abuse of drugs alters the normal functioning of the body especially the brain to the extent that it cannot function without a regular dose of cocaine. It is at this point that most addicts feel like giving up while others seek to join Cocaine Drug Rehabs to help them break free from their addiction.

Although symptoms of cocaine abuse are often easy to recognize, the same cannot be said for psychological issues that are most likely the cause of the addiction in the first place.  We at The Holistic Sanctuary understand this fact and focus on getting to the root of the cocaine addiction as part of our treatment programs. Most of our patients testify that their ability to keep away from cocaine after going through treatment at our facility is because they dealt with the psychological issues once and for all.

You do not have to waste time moving from one cocaine addiction rehab to another hoping to get better soon. We know that healing is not possible from other rehab centers because of their focus is on treating the symptoms and making patients feel like victims which in the end is counterproductive to their ability to overcome addiction. The power of cocaine over addicts is quite strong and therefore needs an equally strong drug to save addicts from its grip. It is for this reason that Johnny The Healer created the world famous Pouyan Method that is exclusive to The Holistic Sanctuary. 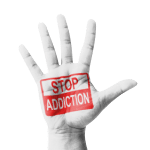 When it comes to addiction to cocaine drug rehab treatment, the procedure is similar but with specialized treatment offered to patients that need a boost in order to get better. You can get over your addiction in as little as two weeks and start over a new leaf without having to depend on cocaine on a daily basis. However, for some a longer time period may be needed to ensure that they are completely healed.

At the onset, you will have to go through a number of tests as part of getting you prepared for the subsequent sessions of the treatment program. The tests are simple and will give our staff a chance to have a proper assessment of your condition and extent of dependence on cocaine before starting off on detoxification to get rid of toxins that have accumulated in the body. After detoxification, you will go through a number of repair protocols, with the most famous being brain repair which is essential in getting your brain back to functionality after damage by cocaine.

Let us help you be healed today!

Finally, to set The Holistic Sanctuary apart from other cocaine drug treatment rehabs, we offer a high-end facility that offers quality holistic care to patients. Apart from going through various treatments, you get to participate in different indoor and outdoor activities to help your body rejuvenate and heal much faster granting you a chance to build a new life where you can face life’s challenges without resorting to the use of drugs.

Cocaine drug rehabs are many things – expensive, doctrinaire, outdated, stubborn (about scientific facts) and dangerous – but they also all lack one very crucial thing: The ability to safely and permanently cure addiction to this drug. The Holistic Sanctuary, thankfully, is the one place – the only place – with a safe and all-natural solution, known as the Pouyan Method, to permanently end addiction to cocaine, as well as alcohol, heroin, methadone, methamphetamines, prescription medications, suboxone, subutex and other opiates. And, to make matters worse, doctors give these same patients a chemical cocktail of untested (as a group) of medications, which destroy an individual’s already severely weakened immune system and induce a series of long-term side effects and a much heightened risk of death. With 1.5 million Americans using cocaine every month, cocaine drug and addiction detox rehabs fail to address the root causes of this problem. In fact, over 200,000 people (213,971, from the most recent data) check themselves into these rehabs every year, which these centers label as a “chronic relapsing disease.” Meaning: These centers, in stark contrast to The Holistic Sanctuary, do not believe cocaine addiction is a curable condition. Instead, they perpetuate old and failed techniques while 5,000 people, in the United States alone, die each year from cocaine-related overdoses. Fortunately, The Holistic has an effective cure, which is free of any interference from observer bias or the placebo effect. In short, we emphasize results – and the safe and comprehensive nature of those results – so patients can receive the healing they need.
We also substantiate our findings, with brain scan images of areas formerly damaged by addiction and through in-depth patient testimonials, so we can consistently validate our work. Other center rely on pills, powders and combined substances, which have significant side effects, as documented by both the Food and Drug Administration (FDA) and the Centers for Disease Control and Prevention (CDC). These dangers include: Serious risk of heart attack and stroke, kidney failure (requiring dialysis or a transplant), liver damage, pulmonary problems, muscle atrophy, bone decay, arthritis, mania, anxiety, psychosis, compulsive behavior, anemia and sudden death. Cocaine drug rehab treatment represent the enormity of this problem, since they have their own dependency on 75-year-old, antiquated and unsuccessful techniques. In comparison, we have the brain scans of patients, which show the rejuvenation of cells damaged by cocaine addiction and drugs and alcohol.
Our customized treatment finds, isolates and reverses the root causes of addiction, simultaneously eliminating the cravings and withdrawal symptoms other facilities lack the ability or knowledge to address. We, instead, heal and repair the neurotransmitters and pleasure points responsible for addiction. This protocol is restores the brain to its pre-addicted state. Hence the power of our solution, aided by our use of IV wellness drips with the essential amino acids, vitamins and minerals to strengthen a person’s immune system, as well as other cutting-edge therapies. For example: We use hyperbaric oxygen therapy (HBOT), which oxygenates blood flow, improves cellular health, strengthens tissue and enhances an overall sense of wellness. Along with delicious organic meals, super foods, juices and cleanses, meditation, exercise, acupuncture, hypnotherapy and other holistic modalities, we create a nutritional, mental, and emotional path to lasting recovery. Each of these therapies assists a guest in avoiding relapse, in addition to the motivational, non-punitive counseling that inspires self-respect and personal empowerment. Healthy thought and behavioral patterns than become part of a patient’s identity, allowing him or her to break free from the chains of addiction and pity.
The Holistic Sanctuary is the antithesis of these so-called top cocaine drug rehabs because, amidst the healing atmosphere of this 5-star resort and its soothing environment, where the breathtaking views of the Pacific Ocean and the Mediterranean-like climate exude the ultimate sense of calmness, guests can permanently heal themselves of addiction. The outcome is different because the outlook, by and for patients, is different. Nor do we use 12-step programs or attack therapy to demean guests and assault their self-esteem.
The Holistic Sanctuary is a clear alternative to these cocaine drug withdrawal rehabs. The customized care we provide, in which compassion and attentiveness (to the needs of each patient) produce trust and safety, enables our guests to enjoy the positive energy of their sumptuous accommodations (every room has a breathtaking oceanfront view) and the comfort to detoxify – in every conceivable way – from the revolving door of conventional treatment centers. From there, they have the opportunity to return to their friends and loved ones, stronger and healthier than at almost any other moment in their lives.
We invite you to view our inspiring patient videos and testimonials, or email us to speak with our alumni or learn more about the many benefits available at The Holistic Sanctuary. Call us at (310) 601-7805, so we can heal you.

The Holistic Sanctuary provides real treatment for Depression, Trauma and PTSD often associated with mental health and illness. The therapies used in the Pouyan Method are all-natural and can involve the use of Ibogaine and Ayahuasca therapies, IV infusions …

5 years ago Leyla was injured by Gardasil HPV Vaccine. She started having seizures. She became extremely anxious and depressed. This naturally lead her down the road to self medicate with alcohol, drugs, cigarettes, and non healthy behaviors …

The Cure for Addiction
With The Pouyan Method

What is Ibogaine? Ibogaine is a plant based drug that helps when healing patients with drug addiction. Part of the method used by Johnny Tabaie in the Holistic Sanctuary is ibogaine therapy. Ibogaine is part of the Pouyan method, which was created …

The Holistic Sanctuary Offers
The Most powerful Healing System

Past 10 years we have created a system that helps people get healed from all sorts of health issues. The Pouyan Method was invented by our found Johnny Tabaie to cure his own 20 year battle with depression addiction and emotional trauma he suffered …

We offer recovery and healing from PTSD with an in-depth and effective therapy. This is exactly what the Holistic Sanctuary offers. While other treatment and rehabilitation centers focus on using toxic medications to help people with PTSD …